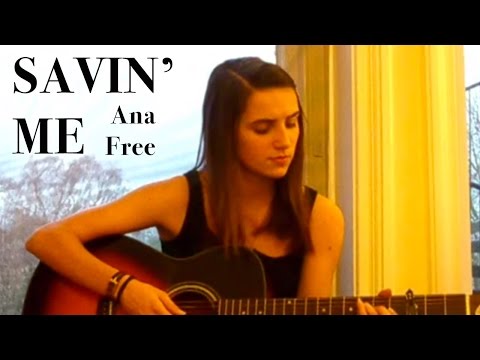 In anticipation of our upcoming Digital Music Forum West on
October 6-7 and our partner event Culture Collide music festival taking place at Spaceland, I want to follow up on one of my most read and commented upon
articles written for Digital Media Wire. It happens to be one that I wrote on May 1st,
2007, after attending MusExpo in West Hollywood, about what it means to be an artist in a
digital age.

Back then it was MySpace that was the place to be
discovered as a musician. I suggested the somewhat controversial strategy of
considering not signing a record deal with a major label too early, but to stay indie and
build a solid following on MySpace first, as well as a few other simple suggestions for how to succeed online. I’m proud to say that most of my
conclusions in that article still holds true, but now, over three years later,
the digital landscape has changed.

Perhaps the most notable difference is that YouTube has taken the place of
MySpace as the place to be discovered and gain an instant following. The
success of artists such as Justin Bieber that started with successful YouTube
videos have hardly gone unnoticed for anyone even remotely related to the music
business. My colleagues Ned and Tinzar Sherman have even gone on to manage the
Korean B-Boy Jay Park after noticing his tremendous online following on
YouTube and writing about his story on Digital Media Wire.

Recently my friend, marketing and PR-guru Rohit Bhargava, blogged about the
singer and songwriter Ana Free, who has gathered over 21 million views
recording herself in locations ranging from her bedroom to regional concert
stages singing cover versions of popular songs and her own original
compositions accompanied by just her guitar and posting those videos on YouTube (nice HD quality with embedded links and outtakes + social media integration).

Just watching her videos shows how well raw talent
can be displayed on YouTube and gives you that feeling that you are watching a star in the making. It also shows that her latest major record-label backed
professionally produced song and video "Questions in My Mind" unfortunately lacks the
appeal of her own home-made videos.

So where does that leave us? Rohit makes some insightful conclusions on his
blog on how to succeed as a musician on YouTube that includes; Share your beginnings, be authentic,
use a common language, find
complimentary partners and ask for help from your community. I would like to
expand on his last point about community.

While many musicians have successfully managed to create a community around
their music like the late Jamaican Bob Marley and English singer and songwriter
Morrissey, it is easier said than done. It requires you to create a brand and
successfully make that something bigger than just the music you create, no
matter how great it is.

One of the immediate responses I got on my first article asking the question about what the role of the
artist in a digital age was – it is to create art. Duh. As simple as that. But does that
mean that it is up to someone else to distribute and market that art? I don’t think
so. These things go hand-in-hand. In the words of Andy Warhol, "…Being good in business is the most fascinating kind of
art…"

If you are innovative and business savvy there are more
ways to monetize music today than ever before and that can indeed be seen as an
artistic challenge as well. But it does require the
artist to also get involved in the business and administration of their own
brand. Yes, that’s right, think of yourself not just as an artist, but as a
brand.   A brand that should be appropriately
exploited and exposed, not by a record label, but by yourself (there is nothing
wrong in enlisting your friends and community to help you do it, they know you and are the perfect brand ambassadors).

In my opinion, the role of an artist in a digital age is still to make art, but
also to be your own brand manager. With all the DIY tools available now,
YouTube and a video camera should be top of your list (make sure it’s an HD
camera with a good mic, preferably an external one). Then live performances,
perhaps ironically, have become even more important in a digital age. That’s
where you connect with your community and really make an impact to leverage
your YouTube fame. It’s the experience people walk away with from a concert,
where the community plays a vital role. But in the end, content is still king.
If you don’t have talent and music that people like, there is not disguising
that. Even with AutoTune.

Think about it like this, why are people willing to buy designer handbags and
bottled water from Evian at a premium? It’s because of the brand. It’s no
different with music really. At least if you plan to make a living at it.